From Lagos to Nairobi to South Africa, fashion is hot in Africa. While the rest of the world is finally catching up, two of my old friends have been on the beat for awhile. 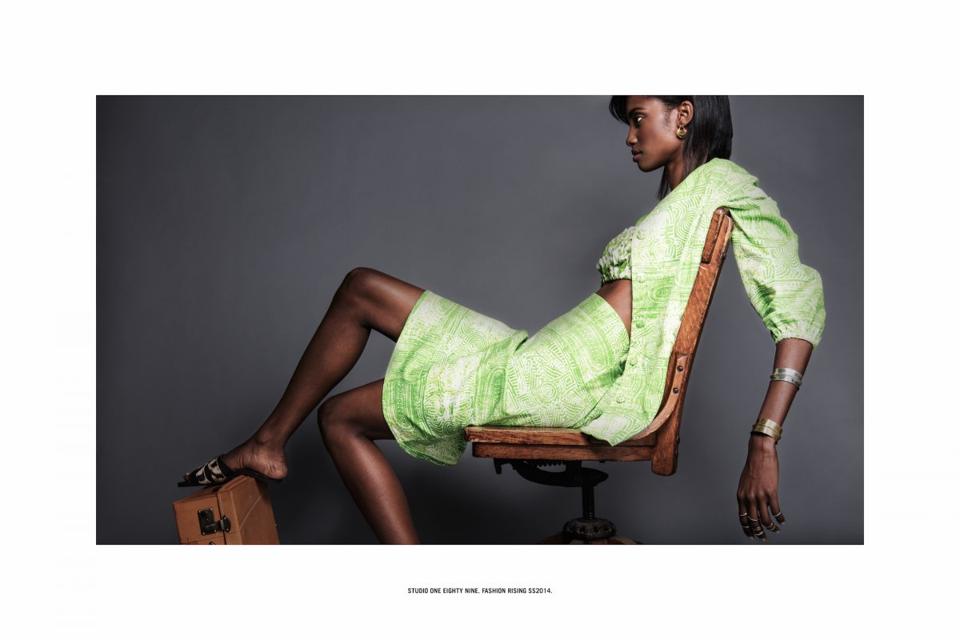 From the second collection by Studio One Eighty Nine.

A few years ago, former Bottega Veneta global marketing executive Abrima Erwiah and film star Rosario Dawson launched Studio One Eighty Nine whose goals are to “promote and curate African and African-inspired content and brands.” Their private-label collection of batik, indigo, and hand-painted apparel, as well as woven baskets and jewelry, is produced by artisans principally in Ghana.

Studio One Eighty Nine supports other local designers as well. Per their mission statement, the founding partners use fashion as "an agent for social change,” while through their creative collective they foster "artists, musicians, dancers, architects, designers, photographers, foodies, travelers, innovators, thinkers, activists and dreamers.” 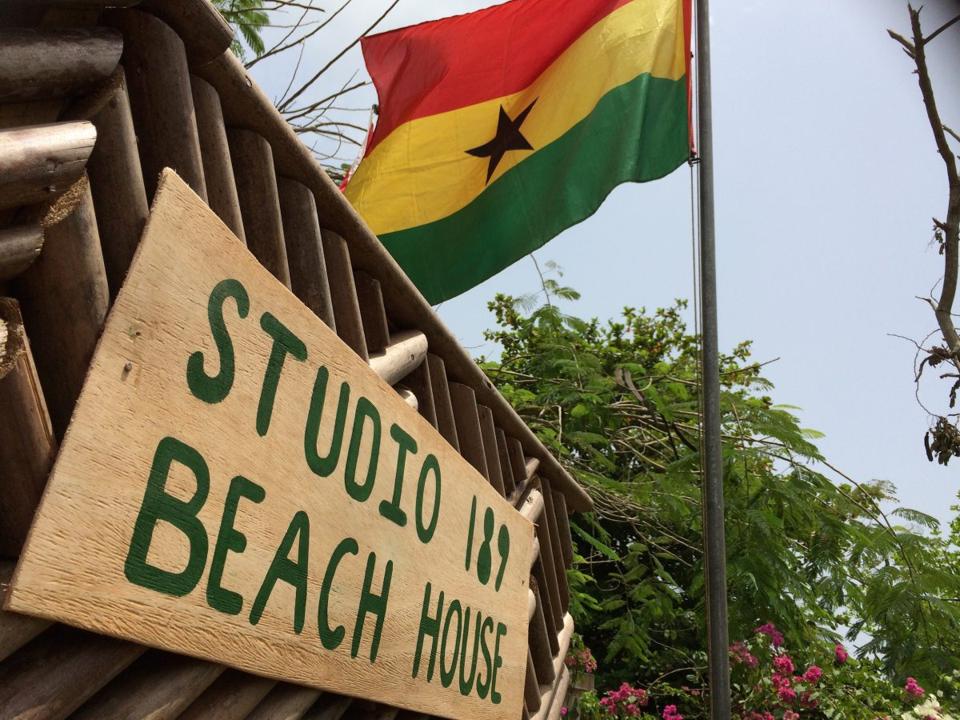 Studio One Eighty Nine recently built a pop-up shop on the Ghanaian coast.

To that end, this past February the duo unveiled a new Studio One Eighty Nine shop on Elizabeth Street in NYC’s Nolita district, hosting a swank soirée to show off their designs and garner support for their social aims.

The genesis of Studio One Eighty Nine goes back to 2011 when Abrima and Rosario, who have been as tight as sisters since their teen days in NYC, traveled through Kenya, Burundi and Rwanda, and on to the eastern Congo. They journeyed to Bukavu for the opening of the City of Joy, an empowement center for women survivors of rape and violence, about which the documentary City of Joy came out last fall.

It’s been a busy few years of late for the pair. They teamed up with Lexus for Studio promotions in L.A., wrote the preface for photographer Daniele Tamagni's 2015 book Fashion Tribes, and recently presented at their first fashion show with the Vogue Fashion Dubai Experience.

They also launched a panty line with the brand Empowered By You, with pieces designed in Ghana and produced by women artisans in Sri Lanka. 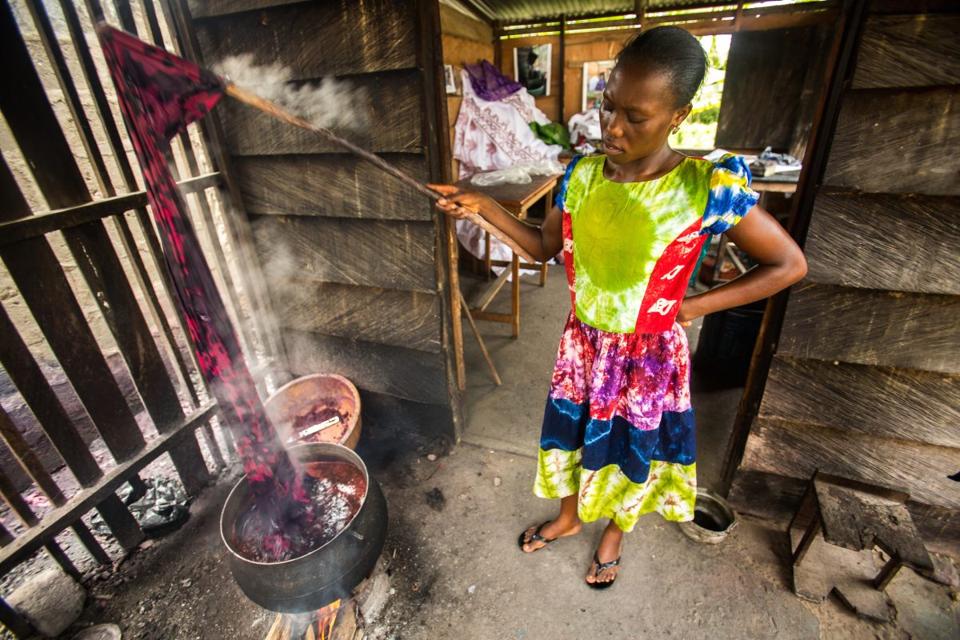 The dye and batik work for Studio One Eighty Nine is done largely in Ghana.

Abrima and Rosario have built Studio One Eighty Nine partnerships with groups that include the United Nations International Trade Centre, and the UN Ethical Fashion Initiative. In 2016, Rosario received a UN Together Award for her work.

Back in the Ghanaian capital Accra, they host workshops, and provide internships and scholarships for fashion students at Radford University College.

“As a New Yorker I’ve been exposed to so many new cultures,” Rosario told me at their February soirée. “When we’re out in the bush in Sierra Leone or wherever, and you say New York, it’s like 'ahhh, New York.' It’s a beautiful thing to be able to connect, and it’s meant a lot to us using New York as an amplifying story.”

“It doesn’t matter where you sit in the world,” says Abrima. “We see consumers changing in how they think and shop; they're interested in where things come from, and how they are made. The walls are gone and we are accessing an audience who cares about human issues. It’s been an incredibly dramatic ride." 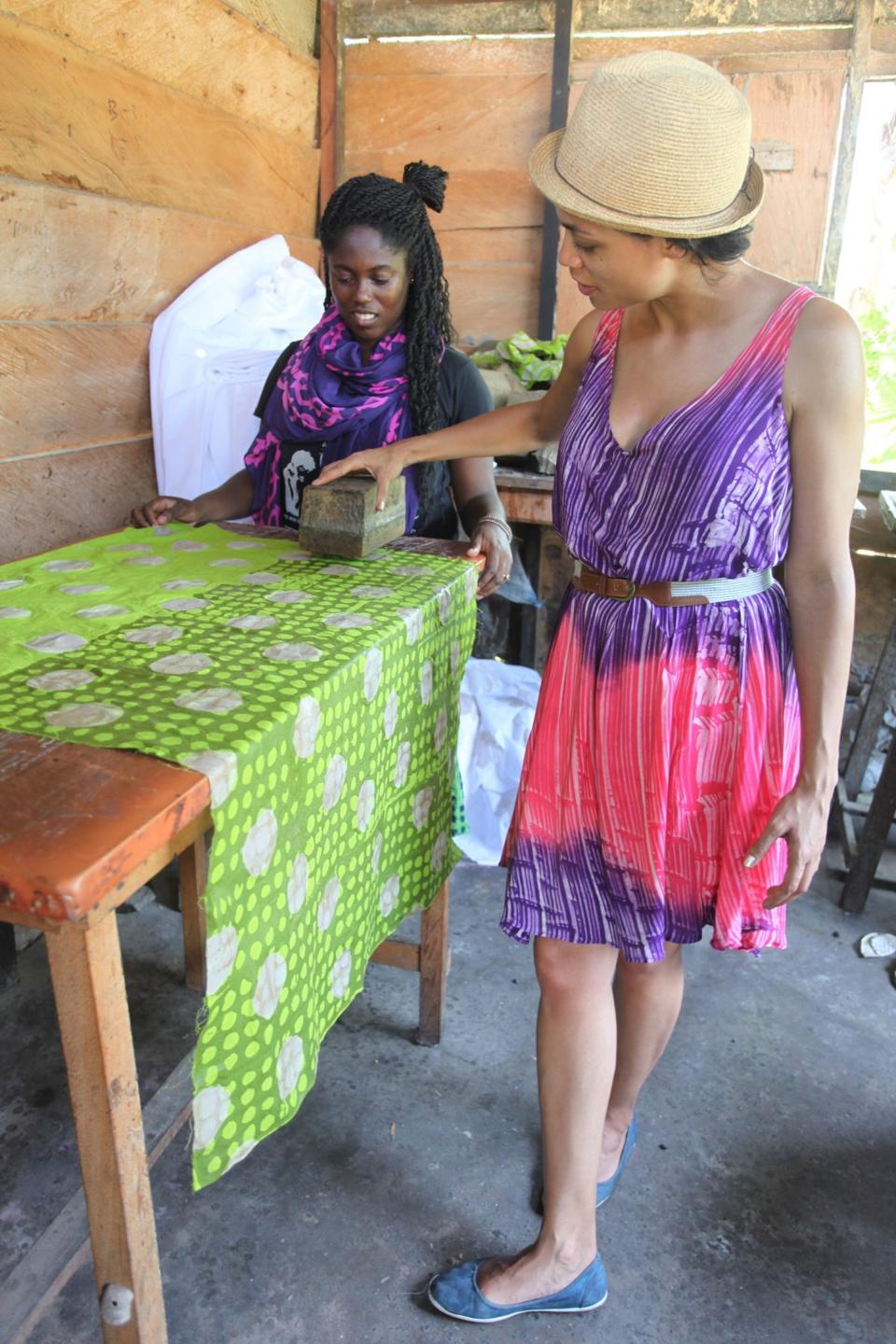 As for Ghana itself, “I just fell in love with it,” says Rosario, “and it kind of kept on growing on me.” Beyond visiting the capital Accra and Studio One Eighty Nine on a Ghana trip, Abrima recommends that visitors head to Busua Beach in the country’s Western Region, where in 2015 the duo built a pop-up beach shop.

A traditional fishing village, Busua with its long sandy beach is a popular surf spot whose scene is covered in this fun Guardian read. Visitors can lodge in bungalow resorts and feast on seafood.

Up north in the 1,800-square-mile Mole National Park, the three-year-old Zaina safari lodge is home to elephants, buffalo, lions and leopards. Bird lovers marvel at 350 avian species, from storks to tiny, gorgeous red-throated bee-eaters. Near the park, the area around the village of Daboya is home to traditional weavers and indigo dyers who maintain fermentation pits there.

“What's beautiful in Ghana and Africa,” says Rosario, "is that they have a tradition of getting things made for themselves, for special occasions. There’s an attention to detail in their heritage and what the clothing says about your family lineage and your position. Fashion is a big, important thing.”

Expect fashion on the continent to get bigger and bigger. And whether you're in NYC or Accra, now’s your chance to jump on board with Abrima and Rosario.

Here's a short, fun video of Abrima, Rosario and some A-List friends at one of Studio One Eighty Nine's collection parties: